Understanding the facts about distracted driving is integral to making safe choices behind the wheel – and to reducing your risk of a crash. In 2010, distracted drivers cost the nation approximately $46 billion, which equates to $148 for every person living in the United States, according to The Economic and Societal Impact of Motor Crashes study commissioned by the National Highway Traffic Safety Administration (NHTSA).

Here are some of the most damaging misconceptions about distracted driving, along with the reasons why you should no longer buy into these myths (if you ever thought they were true).

The Myths about Distracted Driving 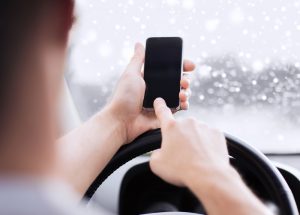 Fact: Performing what seems like a simple task while driving IS in fact dangerous. When our focus from driving goes from the road to another task, we are performing two different cognitive functions in our brains. So, we give less focus and attention to the primary task at hand – driving! Whether it’s picking up and talking on our smart phones, changing radio stations, or talking to someone else in the vehicles, we’re forcing our brains to switch gears. This means we increase the risk of:

Fact: Distracted driving does not discriminate between younger or older drivers. Anyone is capable of distracted driving, which comes in many forms. This phenomenon is so prevalent in our society that the NHTSA reports that 23 percent of all collisions involve drivers who had been on their smart phones when the accident occurs.

Fact: While it is true that Arizona, like Montana, hasn’t officially banned texting and driving statewide, certain jurisdictions and municipalities have made their own regulations concerning the issue. For instance, the cities of Phoenix, Tucson and Flagstaff have all banned texting while driving. Drivers in Arizona may still enjoy the leniency of using cell phones while driving, except school bus drivers who are banned by state law from using cell phones.

We’ll continue debunking the myths surrounding distracted driving in our next blog.

If you or a loved one has been injured in a car accident caused by a distracted or negligent driver, then you need an advocate who will stand up for your rights? You need one of the expert and knowledgeable Phoenix Car Accident Lawyers with the Richard Langerman Law Firm to help fight for your justice and the financial compensation that may be owed to you for your recovery.

We can schedule a no-cost, initial consultation, just call us at (602) 892-4294 or email us using the form at the side of the screen. Additionally, if you are laid up in the hospital, our lawyers can come to you at the hospital to make sure you get access to the legal support you need – when you need it.