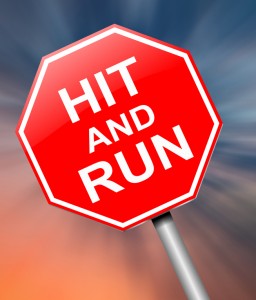 Did you know that hit-and-runs have been increasing over recent years? Here are some more important facts about hit-and-runs.

Getting hit by another motorist on the road can be upsetting; however, when that other motorist fails to stop and, instead, flees the scene of the collision, the results can be that much more frustrating and difficult to deal with.

While law enforcement officials may be able to help track down motorists who violate the law and are responsible for hit-and-run accidents, victims should also be aware that they have rights and there may be a few options for compensation.

Focusing in on these types of accidents, this blog series will point out and discuss some compelling facts about hit-and-runs. If you or a loved one has been injured in a hit-and-run accident or in any type of car accident, however, you can turn to experienced Phoenix Car Accident Lawyer Richard Langerman for experienced help with your financial recovery.

Fascinating Facts about Hit-and-Runs in the U.S.

From 2009 through 2011, the incidence of fatal hit-and-runs in the U.S. increased by approximately 13 percent, according to data from the National Highway Traffic Safety Administration (NHTSA). What may be just as interesting and distressing as this may be the facts that, over this same time frame, there was a 4.5 percent decrease in the overall number of traffic accidents that occurred in the U.S.

Such findings have led lawmakers throughout the U.S. to focus on strengthening the laws associated with fleeing the scene of an accident. Specifically, the trend has been toward increasing the penalties for committing hit-and-runs.

To this end, in 2012, Arizona lawmakers enacted a new statute that would automatically suspend motorists’ drivers’ licenses:

In fact, as the Arizona Department of Transportation (AZDOT) reports, in 2012 (the most recent year for which complete data is currently available), more than 11,700 of the total number of traffic accidents in the state (upwards of 91,870) were hit-and-runs. While this puts Arizona on par with the national average of hit-and-run collisions, it also indicates that motorists leaving the scenes of accidents is a significant problem within the state.

More interesting facts about hit-and-runs will be presented and discussed in the two additional parts of this blog series that will be published soon. Don’t miss them!

Have you been injured in a hit-and-run collision? Or in any traffic accident that may have involved negligence or recklessness? If so, the Phoenix car accident lawyers at the Law Office of Richard Langerman will fight to help you obtain the maximum possible compensation to cover your pain and suffering, lost wages, and medical bills.