Arizona’s I-10 Is Among the Most Dangerous Highways in the U.S.

04 May Arizona’s I-10 Is Among the Most Dangerous Highways in the U.S.

Vital to America’s transportation infrastructure, Arizona’s Interstate 10 (I-10) runs the entire length of the U.S., providing an essential thoroughfare for interstate commerce.

One section of this highway, however, presents some serious risks to motorists: the 150-mile stretch of the I-10 that runs from Phoenix to the California border. In fact, the treacherous nature of this section of the I-10 has led some locals to deem it “The Highway to Hell.”

That nickname and many others are warranted, some say, because nearly 85 people are killed each year on this stretch of the I-10. And that fatality rate represents more than 10 percent of the of the total vehicle-related death rate associated with all of Arizona’s roadways in a given year.1 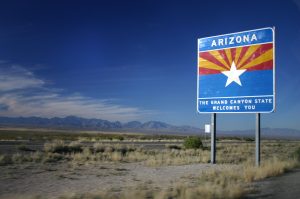 Arizona’s I-10 Is One of the Most Dangerous Highways in the U.S.

The AZ I-10 spans a total of 2,460 miles across the U.S. The 150-mile stretch from Phoenix to California is particularly dangerous – and has been deemed to be one of the deadliest sections of highways in the U.S. – due to the following reasons:

While officials at the Arizona Department of Transportation (DOT) are reportedly developing a “Roadway Departure Safety Plan” to try to reduce auto accidents on the I-10 (and other roadways throughout the state), it remains to be seen if their Plan will be effective at preventing crashes and saving lives.

If you or a loved one has been hurt in any type of traffic crash, contact an experienced Phoenix car accident lawyer at the Law Office of Richard Langerman to find out more about your legal rights and potential recovery options.

You can call us at (602) 240-5525 or send us an email using the contact form at the bottom of this page. From our offices in Phoenix, we provide superior legal services and representation to clients throughout the state of Arizona.

1“10 of America’s Most Dangerous Roads” published in Popular Mechanics, April 2013.