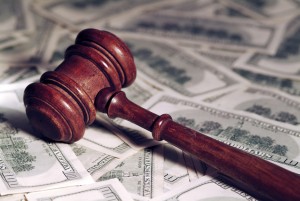 About 3,000 plaintiffs in vaginal mesh cases filed against Bard may see settlements of about $67,000 soon, a Phoenix personal injury lawyer reports.

At least 3,000 women who have filed vaginal mesh lawsuits against C.R. Bard will soon see a settlement in their case, sources close to the settlement deal have recently told Bloomberg.

Disclosing this information anonymously, as they are not permitted to publicly speak about the deal, the sources explained that this settlement agreement could resolve as many as 20 percent of the vaginal mesh cases Bard is currently facing. It could end up saving the company millions in punitive damages if the court and the plaintiffs ultimately accept the agreement.

Bard is among a number of medical device manufacturers that has been accused of developing defective and dangerous vaginal mesh devices. Used to treat stress urinary incontinence and pelvic organ prolapse, these devices can reportedly shrink, erode through women’s internal organs and even puncture organs once implanted.

These problems were so pervasive and dangerous that the U.S. FDA issued a national warning about them in July 2012, explaining that vaginal mesh complications are “not rare” and that about 10 percent of women need at least one revision surgery to remove dangerous mesh within five years of implantation.

More on the Proposed Bard Settlement

Although many of the details regarding this vaginal mesh settlement agreement remain unknown, what we do now at this time is that:

Have you or a loved one been hurt by defective transvaginal mesh – or by any dangerous consumer or medical device? If so, a Phoenix personal injury lawyer at the Law Office of Richard Langerman is here for you, ready to fight for your rights to compensation and justice.

To set up a free, no obligations initial consult with our Phoenix lawyer, call us today at (602) 240-5525 or send us an email using the contact form at the bottom of this page.