Brain Injury Lawsuit Settlement between the NFL and Former Players 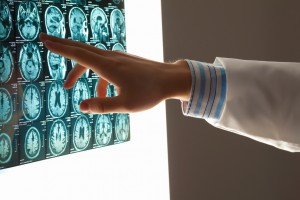 While the NFL has recently agreed to pay some former players a $765 million brain injury lawsuit settlement, some think that this is not enough to prevent future brain injuries for players.

Recently, a brain injury lawsuit filed on behalf of thousands of former NFL football players was settled, with the National Football League (NFL) agreeing to pay a settlement of $765 million past players who had sustained mild to severe brain injuries due to playing football. Most of this brain injury lawsuit settlement (about $675 million) will go towards compensating the plaintiffs, and the plaintiff with the most severe brain injuries – such as chronic degenerative brain conditions – will be receiving up to $5 million in compensation. The rest of the settlement award will go towards research and education about the effects of playing football on the brain.

For some, this multi-million dollar brain injury lawsuit settlement may seem like an extremely large amount and may be interpreted as being a leap forward for the NFL (in terms of its acknowledgement of the link between brain injuries and playing football). However, others have pointed out that:

You have a choice in the lawyer you hire to handle your claim, and the choice you make can affect the compensation you receive. Make sure that your lawyer has the ability and experience to handle your case. If you or a loved one has suffered a traumatic brain injury or any type of personal injury and suspect that another party’s negligence or recklessness may be to blame, the Phoenix personal injury lawyers at the Law Office of Richard Langerman will fight to help you obtain the maximum possible compensation you deserve to cover your pain and suffering, lost wages, and medical bills.

Our lawyers have a reputation for consistently and successfully protecting our clients’ rights and interests to ensure that they obtain the compensation they deserve. Because we accept cases on a contingency basis, you will pay no attorney fees unless we recover financial compensation for you. To learn more about your legal rights and receive a free initial consult, contact us today by calling (602) 240-5525.