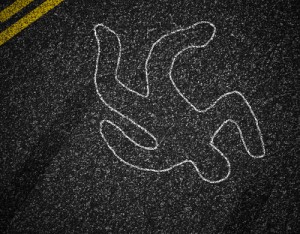 A family who lost their teenager in a fatal car accident this morning may have a wrongful death claim against the driver of the car or a vehicle equipment manufacturer.

A 17-year-old high school student was killed early this morning when he was hit by a vehicle as he was crossing the street in Glendale. Although emergency responders attempted to save the pedestrian’s life, he was ultimately pronounced dead at the scene of the accident due to the severity of his injuries. At this time, authorities overseeing the case have reported that, while the investigation is ongoing, they do not suspect the driver of having been under the influence of drugs or alcohol at the time of the accident, nor have they arrested the driver for any crime.

Additionally, the family of the victim may be able to file a wrongful death lawsuit against:

If you were injured in a car accident or lost a loved one in a wrongful death accident, the Phoenix car wreck lawyers at the Law Office of Richard Langerman will fight to help you obtain the maximum possible compensation you deserve to cover your pain and suffering, lost wages, and medical bills. We have extensive experience representing clients both inside and outside of the courtroom against both defense attorneys and insurance company agents alike. Our attorneys will fight to protect our clients’ rights, ensuring they obtain the compensation they deserve. Because we accept cases on a contingency basis, you will pay no attorney fees unless we recover financial compensation for you. To learn more about your legal rights and receive a free initial consult, contact us today by calling (602) 240-5525.