In the tragic saga that has developed around GM’s faulty ignition switches, some injured parties are still waiting to have their day in court.

A couple of these plaintiffs, whose case was initially withdrawn back in January 2014, are now getting their chance to square off with GM in court, as the trial for their second filing against the automaker has recently just gotten underway.

A Closer Look at the Case & Allegations 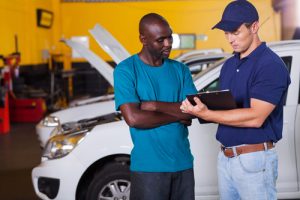 According to court documents associated with the case:

It remains to be seen whether GM will be held accountable for this accident and the plaintiffs’ resulting injuries.

Background on the Ignition Switch Defect

The problem with the ignition switch in question is that it can slip out of the “on” position, causing vehicles to stall, disabling the power steering, and deactivating the air bags. While this can significantly increase motorists’ crash risks, it also elevates the severity of the resulting crashes due to the lack of airbag protection (increasing the chances that catastrophic – if not fatal – injuries will be sustained by the involved parties).

Here’s a look at the ignition switch fiasco via the recall and litigation/settlement numbers:

If you or a loved one has been hurt by faulty vehicle equipment – or by any defective consumer product, a Phoenix personal injury lawyer at the Law Office of Richard Langerman is here for you, ready to fight for your rights to compensation and justice.

To set up a free, no obligations initial consult with one of our lawyers, call us today at (602) 240-5525 or send us an email using the contact form at the bottom of this page.