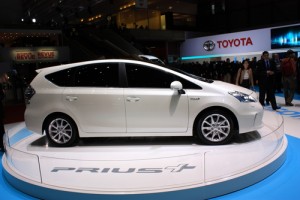 Toyota has recently announced that it will be voluntarily recalling more than 240,000 Prius and Lexus hybrid vehicles as a result of defects with their braking systems.

The Toyota Motor Corporation has recently announced that it will be voluntarily recalling more than 240,000 Prius and Lexus hybrid vehicles as a result of defects with their braking systems. This massive Prius recall, which will affect about 91,000 vehicles sold in the U.S. and about 30,000 vehicles sold in Europe, specifically pertains to:

The reason for this massive international recall is that their brake pressure parts had been constructed of a non-durable material that is highly likely to crack or otherwise malfunction when it is shaken or placed under pressure. Such a vehicle equipment defect could result in slower brake system reaction times, which can put drivers at an increased risk of car accidents.

If you were injured in a car accident and suspect that a vehicle equipment defect may be to blame, the Phoenix defective product lawyers at the Law Office of Richard Langerman will fight to help you obtain the maximum possible compensation you deserve to cover your pain and suffering, lost wages, and medical bills. We have extensive experience representing clients both inside and outside of the courtroom against both defense attorneys and insurance company agents alike.