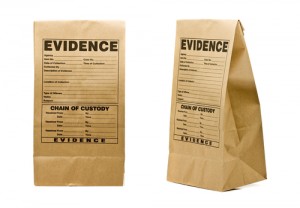 Phoenix police are currently searching for any evidence that could pinpoint the owner of a vehicle as being the driver who hit and killed a pedestrian in Phoenix on March 2.

Phoenix police are currently searching for any evidence that could pinpoint the owner of a vehicle as being the driver who hit and killed a pedestrian in Phoenix on March 2. Although police have been able to establish that the vehicle was, in fact, the car involved in the fatal car accident, they have not been able to secure sufficient evidence that would establish the owner of the vehicle as the driver at the time of the accident. This conundrum is proving to baffle police, who are now looking to the following to try to figure out who was driving the car the killed the pedestrian:

While prosecutors had previously charged the vehicle owner – 45-year-old Christopher Chevalier – with vehicular manslaughter and leaving the scene of the accident in this case, these charge were officially dropped on April 2, as there was not sufficient evidence to prove that Chevalier had, in fact, been the person driving the vehicle. This has sent police back to the proverbial drawing board to try to gather more evidence that could provide a definitive suspect in this case.

If you were injured in a car accident or lost a loved one in a wrongful death accident, the Phoenix auto accident attorney at the Law Office of Richard Langerman will fight to help you obtain the maximum possible compensation you deserve to cover your pain and suffering, lost wages, and medical bills. We have extensive experience representing clients both inside and outside of the courtroom against both defense attorneys and insurance company agents alike.