All scheduled vaginal mesh trials against C.R. Bard will proceed as scheduled, U.S. District Judge Goodwin ruled in a status hearing conference held just days ago. This means that the next in the series of vaginal mesh trials scheduled to take place in the ongoing multidistrict litigation (MDL) against C.R. Bard will proceed as scheduled on February 18th (In Re C.R. Bard, Inc. Pelvic Repair System Products Liability Litigation, MDL No. 2187).

In shutting down Bard’s request for postponement, Judge Goodwin also insightfully pointed out that, if C.R. Bard is unable to devise an acceptable settlement soon, it could be on the hook for billions in liability. 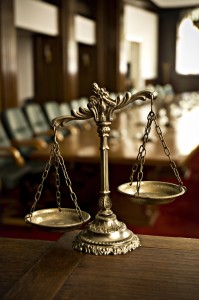 All scheduled vaginal mesh trials against Bard will proceed as scheduled, according to a recent ordered handed down by Judge Goodwin in MDL 2187.

Back in December 2014, Bard had sought a postponement for all scheduled vaginal mesh trials, alleging that the extensive media coverage of the issues in these cases has led to prejudice against the company in the potential jury pool.

Judge Goodwin, however, noted that this did not constitute a “good” reason for postponement and, consequently, that no delay in the schedule for these cases should be granted.

As of January 2015, C.R. Bard was facing upwards of 10,600 vaginal mesh lawsuits in the MDL. Thousands of other mesh injury cases have been filed against the manufacturer in state courts throughout the nation.

Vaginal Mesh Trials Expected to Ramp Up as 2015 Progresses

Currently, at least 185 vaginal mesh trials that are part of the MDL should be “trial ready,” according to orders Judge Goodwin handed down weeks ago. While these cases represent a combination of “two waves” of vaginal mesh trials that include plaintiffs with similar claims (related to the same Bard products), a third “wave” of cases may also end up being trial ready by the end of the year or sooner.

If you have suffered any complication after using a defective vaginal mesh device, the Phoenix vaginal mesh injury lawyers at the Law Office of Richard Langerman will fight to help you hold the negligent manufacturer accountable and obtain the compensation you need and deserve.

For more than 25 years, our attorneys have been representing clients and aggressively defending their rights both inside and outside of the courtroom against defense attorneys, corporate lawyers and insurance company agents alike. In addition to having extensive experience handling product liability lawsuits, our attorneys are also skilled at overseeing motor vehicle accident cases, insurance bad faith cases and various other types of personal injury cases.