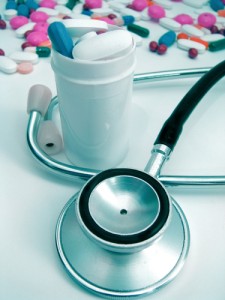 Our Phoenix dangerous drugs and defective medical device lawyer is experienced at fiercely defending victims’ rights to help them win the compensation they deserve.

Prescription medications and over-the-counter (OTC) drugs are generally meant to treat illnesses and impairments in order to improve people’s health. Tragically, however, not all medications are as safe as they may seem – and some may even have the potential to cause adverse reactions, the most serious of which can be permanently debilitating and/or life-threatening.

At the Law Office of Richard Langerman, we are dedicated to helping people who have been hurt by dangerous drugs fight for recovery and justice.

Our skilled Phoenix personal injury lawyer, Richard Langerman, has more than two decades of experience advocating injured people’s rights and going up against drug companies (and other formidable opponents) to help his clients obtain justice and compensation.

Contact us today to find out more about your options for financial recovery if you or a loved one has been harmed by a dangerous drug. Phoenix Personal Injury Lawyer Richard Langerman is ready to help you.

Over the past decade alone, a number of prescription and OTC drugs have been linked to serious health complications. Just some of these include:

• Accutane – While use of Accutane during pregnancy has been linked to infant birth defects, this drug has also been reported to increase the risk of inflammatory bowel disease and suicidal behavior. Accutane, which drugmaker Roche stopped producing in June 2009, has been recalled in 11 countries (but not in the U.S.).

• Blood thinners, such as Xarelto – Xarelto has been linked to major bleeding events, like internal bleeding and brain hemorrhaging. Unlike other blood thinners (such as warfarin), there is no antidote to stop the major bleeding events caused by Xarelto, which can result in life-threatening complications. In May 2016, the FDA announced that it was requiring stronger warning labels for Xarelto in order to highlight this drug’s risk of serious side effects.1

• Fluoroquinolone antibiotics, such as Levaquin – These types of antibiotics have been linked to serious tendon, muscle and joint damage. In July 2016, the FDA issued a safety alert, warning that this class of drugs should only be prescribed for serious bacterial infections when all other treatment options have been exhausted. In this alert, the FDA noted that this class of antibiotics is associated with “disabling and potentially permanent side effects.”3

• Testosterone replacement therapy (TRT), including TRT gels, patches and injections, such as AndroGel, Aveed, and Testoderm – These can increase the risk of cardiovascular events, such as heart attack and stroke. In March 2015, the FDA issued a safety alert and mandated labeling changes for this group of drugs in order to warn the public about their potential to cause heart attacks and strokes.4

• Some birth control medications, such as Yaz, Yasmin and Ocella – These drugs have been reported to increase the risk of blood clots, deep vein thrombosis and stroke. The FDA has issued various warnings about these contraceptives, one of the most recent of which came in 2012 when regulators warned that medical professionals should carefully consider the possible risks and benefits of these drugs (in light of a woman’s medical history) when prescribing them.5

• Type-2 diabetes medications, such as Avandia, Actos, Januvia and Byetta – These drugs have been linked to range of serious, if not life-threatening, side effects, including bladder cancer and heart failure. Various FDA alerts regarding these medications have been issued in recent years.

Here, it’s important to understand that:

• Not all risky or dangerous drugs have been the focus of an FDA investigation, safety warning or recall.
• In some cases, FDA authorities only become aware of problems with dangerous drugs after patients have reported injuries and serious health complications from using these medications.

Various parties can be accountable for compensating people when dangerous drugs cause serious or fatal injuries. Just some of these parties can include:

• Drug makers, especially if they failed to warn about the risks of the drug or they failed to conduct the proper safety testing to discover these risks
• Physicians, such as when doctors overlook drug warnings, mis- or overprescribe drugs, etc.
• Others, such as pharmacists, drug distributors or even safety officials (when their failures contribute to the use or dissemination of dangerous drugs without the proper warnings or safety alerts to the public).

Phoenix Personal Injury Lawyer Richard Langerman can help you identify who may be responsible for your drug-related injuries and help you get on the path to recovery and justice.

If you or a loved one has been harmed by a dangerous and/or recalled drug, contact Phoenix Personal Injury Lawyer Richard Langerman for experienced help protecting your rights, seeking compensation and securing justice.

Call (602) 240-5525 or send us an email using the contact form on this page to schedule an initial consult with Attorney Richard Langerman and learn more about your rights, as well as how he can assist you.

From offices in Phoenix, we provide superior legal services and representation to clients throughout Maricopa County and the state of Arizona.