Push to Ban Crib Bumpers in the U.S. Reenergized with the Findings of a New Study

25 Nov Push to Ban Crib Bumpers in the U.S. Reenergized with the Findings of a New Study 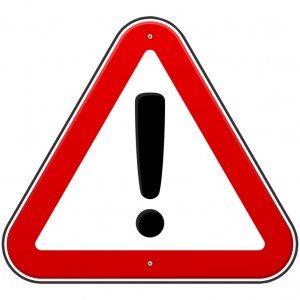 Crib bumpers may be the single deadliest item inside of baby cribs, according to a study recently published in the Journal of Pediatrics. This study, which has triggered a new call to ban crib bumpers in the U.S., has reportedly discovered that, from 1985 through 2012, at least 77 infants have died as a result of being suffocated by crib bumpers.

This study has also revealed that:

Given these findings, the study’s authors concluded that:

To prevent these deaths and ALTEs [apparent life-threatening events], we recommend that CPSC ban traditional crib bumpers for sale in the US quickly. Preventing bumper deaths and injuries will only be possible if traditional bumpers are removed from the marketplace at the national level.

Commenting on these findings, Bradley Thach, a retired pediatrician who has authored studies on the dangers of crib bumpers, stated:

Parents walk into the store, and they look at the bumpers in the cribs, and they say, ‘Well, if it wasn’t safe, they wouldn’t be selling them.’ But that’s not the situation… The Consumer Product Safety Commission has the means and authority to regulate this. If they banned the bumper sales, that would correct the problem largely.

Banning Crib Bumpers Will Likely Be an Uphill Battle

Despite the above findings, consumer safety advocates may have an uphill battle in getting the CPSC to officially ban crib bumpers. Just one reason for this includes that the Juvenile Products Manufacturers Association has yet to issue an opinion regarding the risks associated with crib bumpers, with its official position being that it does “not know of any infant deaths directly attributed to crib bumpers.”

What do you think about this study’s findings? Do you think it’s time to ban crib bumpers in the U.S.? Post your comments on our Facebook & Google+ pages.

Have you or a loved one been hurt by a dangerous or faulty consumer product? If so, a Phoenix personal injury lawyer at the Law Office of Richard Langerman is here for you, ready to fight for your rights to compensation and justice.

To set up a free, no obligations initial consult with a Phoenix personal injury lawyer, call us today at (602) 240-5525 or send us an email using the contact form at the bottom of this page. From our offices in Phoenix, we provide superior legal services and representation to clients throughout the state of Arizona.