The fifth Actos bladder cancer lawsuit to make its way through trial has resulted in another notable loss for Takeda Pharmaceuticals Co. – and a huge victory for plaintiffs, as a Philadelphia jury has recently awarded the plaintiff in this case $3.6 million in damages. 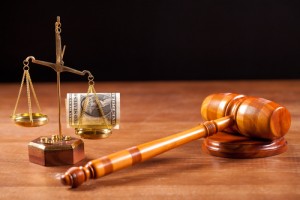 In the latest Actos bladder cancer lawsuit to go to trial, Takeda has been handed another defeat, as the jury awarded the plaintiff a $3.6M verdict.

After a few days of deliberating, the jurors came back with a ruling in favor of the plaintiff, a former teacher who developed Actos bladder cancer, awarding him:

What the Verdict in this Actos Bladder Cancer Lawsuit May Mean: The Big Picture

While the next Actos bladder cancer lawsuit that Takeda will face in court is scheduled to get underway in March, it will in interesting to see if the strong possibility of punitive damages may end up driving Takeda to try to settle some – if not the majority – of these pending cases prior to trial.

As more news about this ongoing litigation becomes available, we’ll bring you the latest details here.

Have you been diagnosed with bladder cancer after taking the diabetes drug Actos? Or have you been hurt after taking any dangerous or defective medication? If so, you can turn to the Phoenix dangerous drug lawyer at the Law Office of Richard Langerman for aggressive legal advocacy and help standing up to negligent drug makers. When you trust your case in the hands our skilled attorney, you can trust that he will fight to help you obtain the maximum possible compensation to which you are entitled.