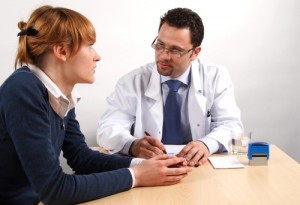 Transvaginal mesh implants have been marketed in the United States since 1997.  In the 15 years that vaginal mesh implants have been sold in the United States, numerous women have suffered complications from these devices.  These complications include erosion of the mesh, pain, infection, bleeding, dyspareunia (pain during intercourse), organ perforation, and vaginal scarring.  See FDA Report (September 2011).

Mesh erosion is the most common problem suffered by women with vaginal mesh implants.  Erosion occurs when a portion of the mesh passes through a tissue in the woman’s body.  Erosion includes exposure (where mesh is seen sticking out of vaginal tissue), extrusion (where mesh pokes through a body structure or tissue), or perforation.  It is estimated that over 10% of women who receive vaginal mesh implants suffer from complications related to mesh erosion.

The original patent for surgical mesh indicated that the polypropylene mesh was chemically inert.  However, recent studies have shown that vaginal mesh implants contract and degrade when implanted.  See Clave, et al, Polypropylene As A Reinforcement In Pelvic Surgery Is Not Inert, Int. Urogynecol. J. 21:261-70 (2010).  Contraction of the mesh fibers results in a retraction of the surrounding body tissue.  See Shah and Badlani, Mesh Complications In Female Pelvic Floor Reconstructive Surgery, Indian J. Urol. 28:129-153 (2012).  Stiffness of the vaginal walls caused by mesh shrinkage may lead to dyspareunia and urinary dysfunction.  Moreover, complications from mesh retraction are often difficult to resolve because the mesh is designed to allow tissue ingrowth.

In 2008 the FDA issued a Public Health Notification[2] in which the Agency reported that it had received over 1,000 reports of complications associated with vaginal mesh products.  In its July 2011 update[3], the FDA reported that it had received nearly 3,000 additional reports of complications from vaginal mesh implants.  The FDA also noted that serious complications associated with surgical mesh for transvaginal repair of Pelvic Organ Prolapse were not rare.

If you are having problems due to a transvaginal mesh implant, call the Law Office of Richard Langerman to arrange for a free consultation and case evaluation.