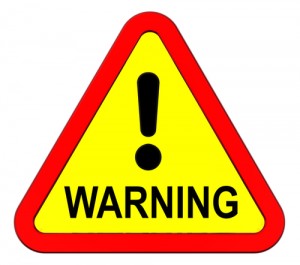 In October 2008, the FDA issued a Public Health Notification to inform doctors and patients of the significant problems reported with vaginal mesh products.

Since 1996 device manufacturers have submitted dozens of applications to the FDA to sell surgical mesh devices to treat urogynecological problems including Pelvic Organ Prolapse (POP) and Stress Urinary Incontinence (SUI).  All of these vaginal mesh products sold in the United States were cleared for sale by the FDA without undergoing clinical trials to determine the safety of the products.  During the last 15 years the FDA has received thousands of reports of complications suffered by women with vaginal mesh implants.

From 2005 through 2007 the FDA received over one thousand reports of complications involving vaginal mesh devices.  These reports included problems from mesh erosion, infection, pain, dyspareunia and vaginal scarring.

As a result of the large number of reported complications from vaginal mesh products, the FDA issued a Public Health Notification in October of 2008[1] in order to inform doctors and patients of the significant problems reported regarding vaginal mesh products. In January 2011 the FDA reviewed an additional 2874 reports of complications suffered by women from 2008 through 2010.  In light of the increasing number of reported problems with vaginal mesh implants, in July of 2011 the FDA issued an update regarding its 2008 Public Health Notification.[2]  Based on its investigation, the FDA concluded:  (1) serious complications associated with surgical mesh for transvaginal repair of pelvic organ prolapse were not rare and; (2) there was no evidence that transvaginal repairs of pelvic organ prolapse were more effective than traditional non-mesh repairs.

In September 2011, the FDA held a meeting of experts regarding vaginal mesh surgeries.  Based on the September 2011 meeting, the FDA is now considering whether to require premarket safety testing before vaginal mesh devices can be sold in the United States.  Additionally, in January of 2012, the FDA advised all vaginal mesh manufacturers that comprehensive post-market studies would need to be done.  These studies are currently ongoing.