A few freeway off-ramps around the Phoenix area are now equipped with wrong-way detection devices as part of testing and research being conducted by officials at the Arizona Department of Transportation (ADOT). The goal of using these devices is to try to prevent wrong way collisions – which often result in deadly head-on collisions – and, in doing so, save lives. 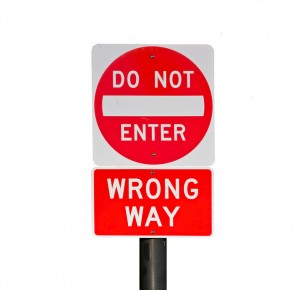 According to a recent announcement, the detectors have been installed on:

These locations were chosen based on data indicating that they tend to be the scenes of wrong-way collisions.

A Closer Look at the Wrong-Way Detection Devices

As ADOT has explained, officials are currently testing three different wrong-way detection systems. Made by TAPCO, Inc. and Wavetronix, these systems essentially use radar and camera sensors to determine when a vehicle may be entering an off-ramp the wrong way.

When a vehicle is detected, a warning sign stating “Wrong Way” and lit up with red LED lights will illuminate and start flashing. At this point in the testing phase, emails with pictures are also generated and sent to ADOT and the Department of Public Safety when these systems are triggered/go off.

Other Things ADOT Is Doing to Prevent Wrong-Way Collisions

In addition to evaluating the potential usefulness of wrong-way detection systems, ADOT officials have also done the following to support its efforts to prevent wrong-way collisions:

Have you encountered one of these wrong-way detection systems or seen one be activated? Share your comments and experiences with us on Facebook & Google+.

Have you or a loved one been hurt by a wrong-way or otherwise negligent driver? If so, a Phoenix car accident lawyer at the Law Office of Richard Langerman is here for you, ready to fight for your rights to compensation and justice.

To set up a free, no obligations initial consult with our Phoenix car & motor vehicle accident lawyer, call us today at (602) 240-5525 or send us an email using the contact form at the bottom of this page.